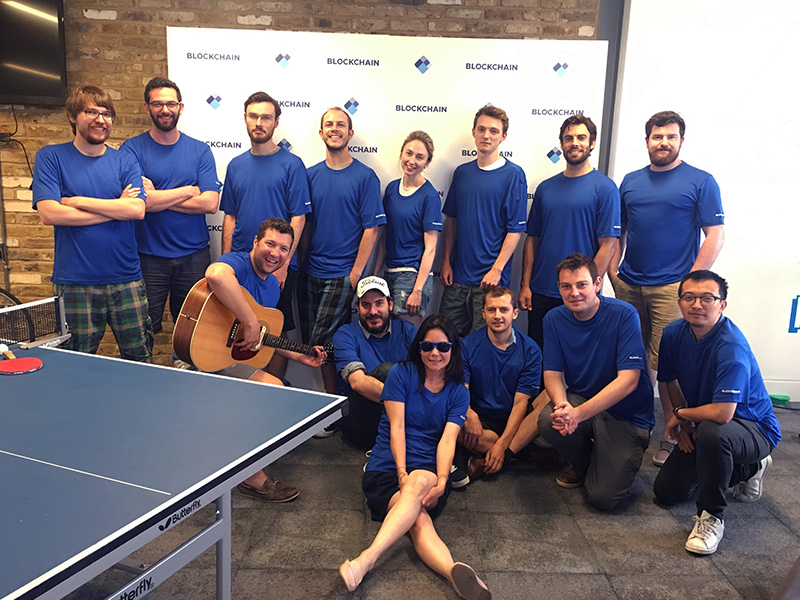 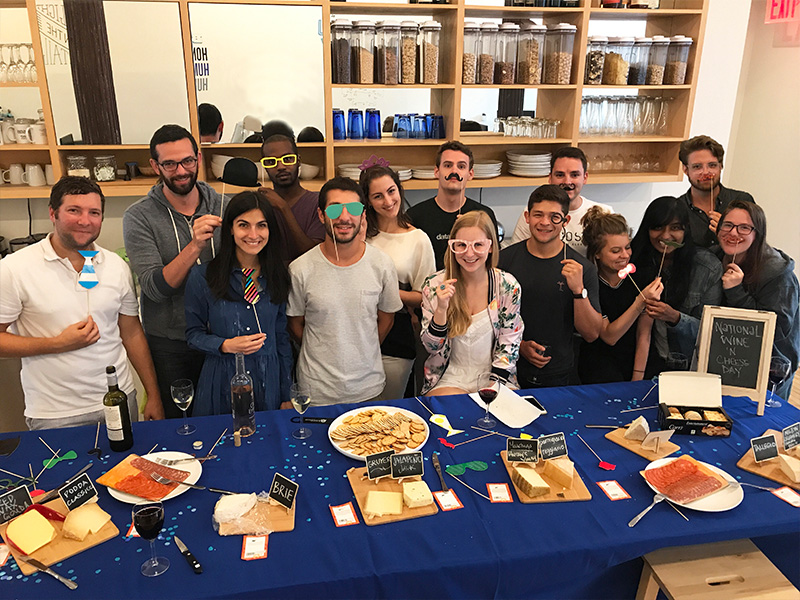 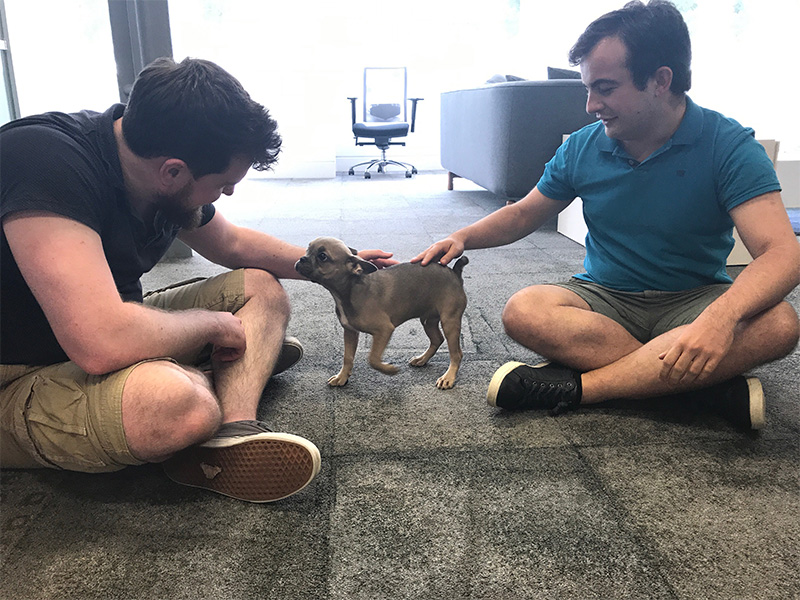 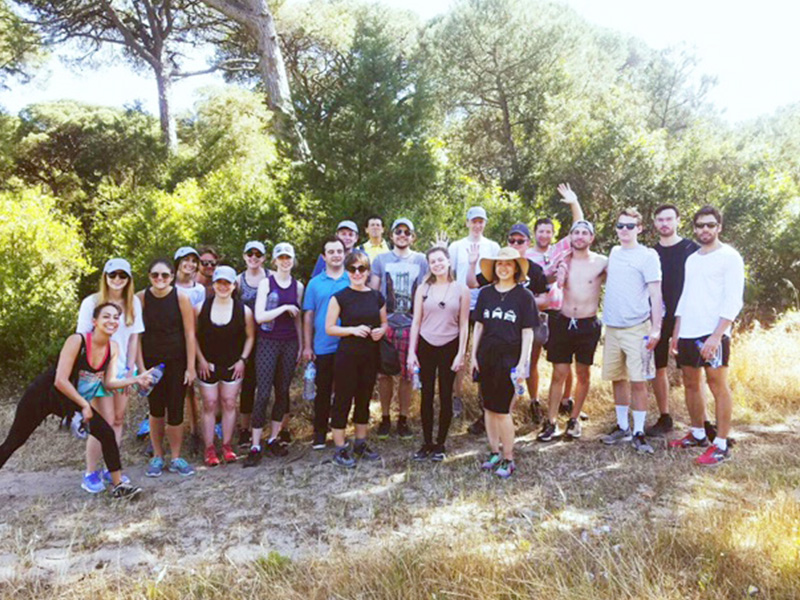 Blockchain is comprised of talented, inspiring, and hardworking individuals from around the world. We share the passion to code, create, and connect people to the future of finance. Together, we work hard, brainstorm nonstop, and brew endless coffee.

Powering one of the fastest growing technology companies in the world. 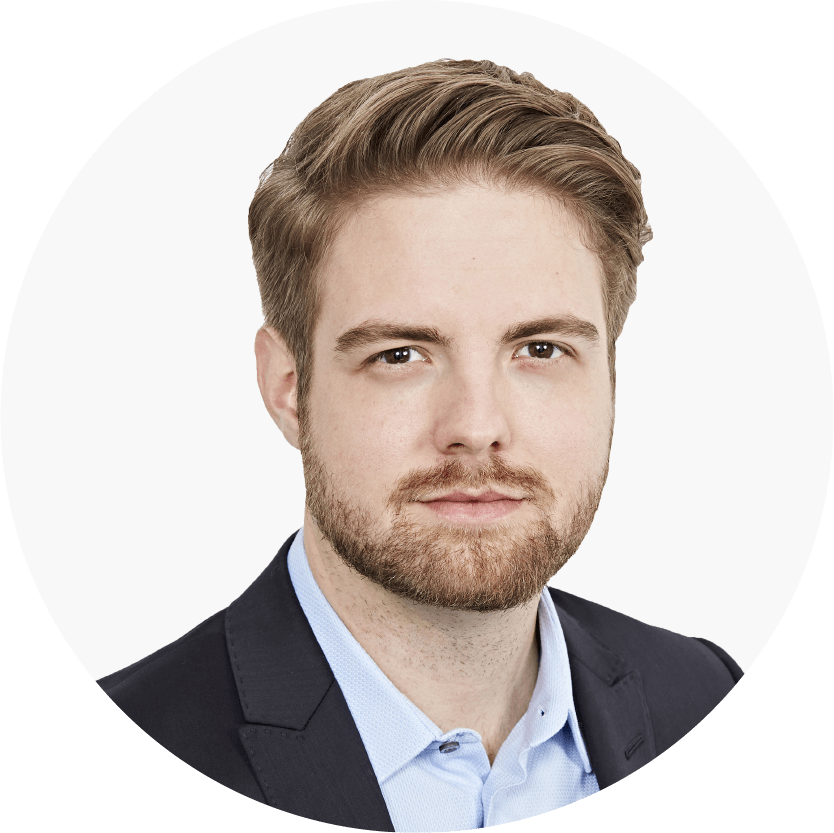 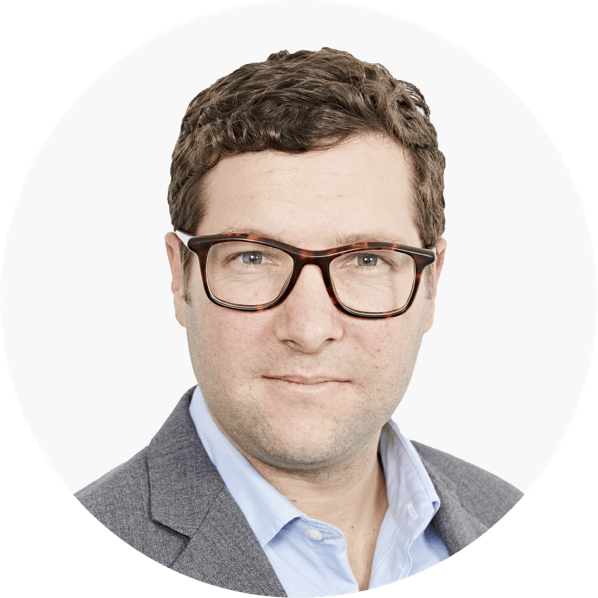 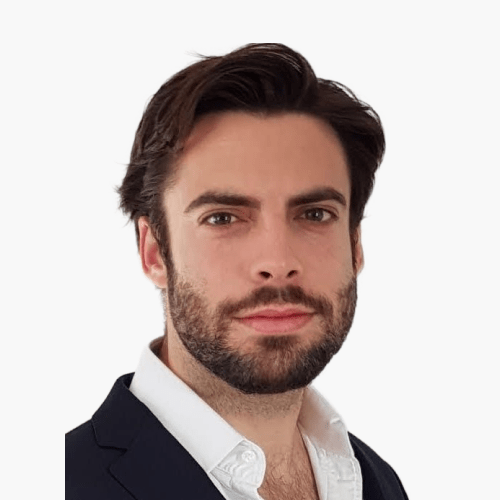 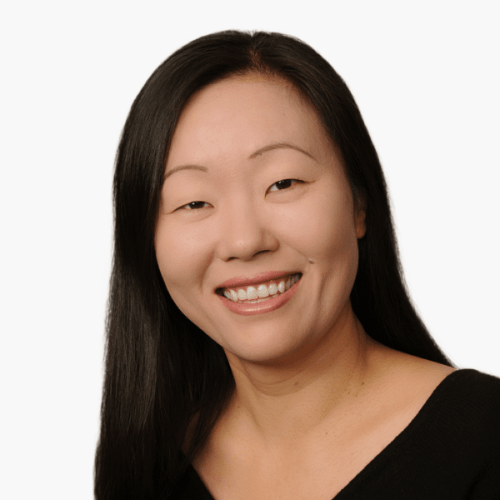 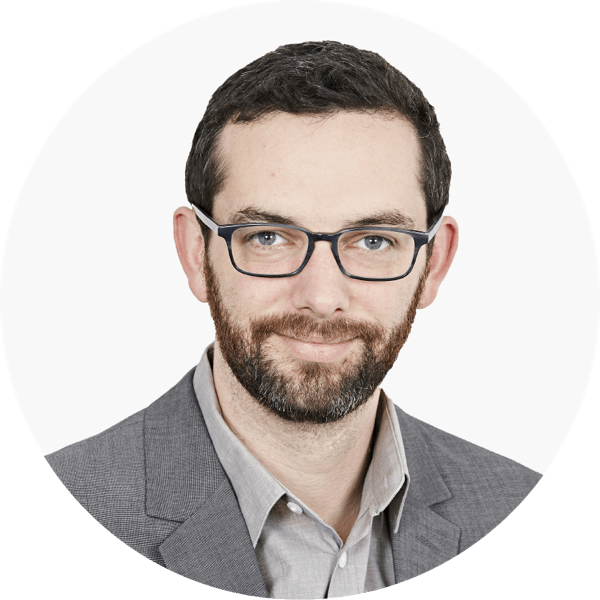 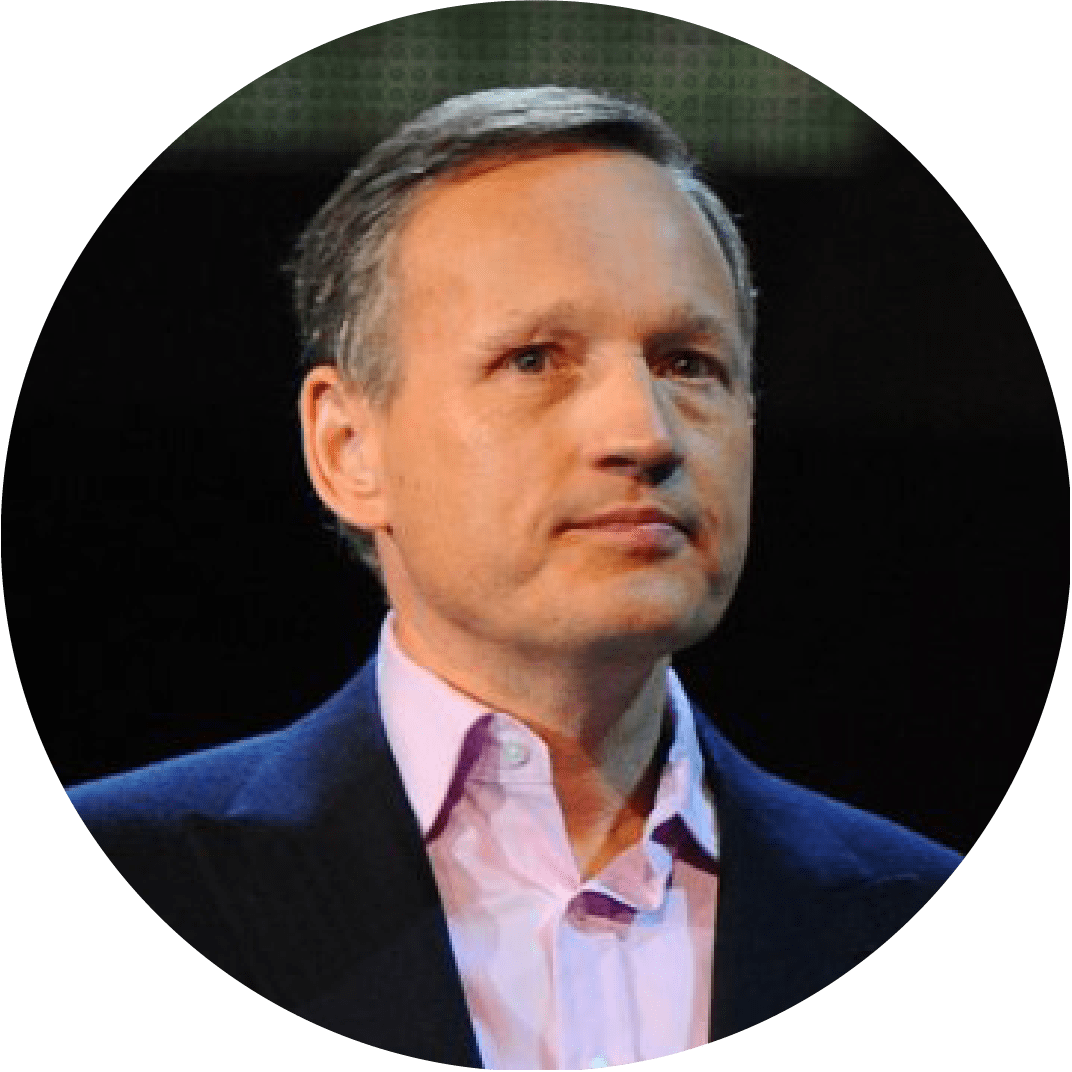 Antony Jenkins is the Founder and Executive Chair of 10x Future Technologies Ltd, which aims to redefine how banks operate and engage with customers. His focus on driving innovation in the digital economy extends to his role as Group Chairman of Currencies Direct and his role as Board Director at Blockchain.

He was previously the Group CEO of Barclays PLC and, prior to that, the Chief Executive of Global Retail Business & Banking at Barclays Bank PLC.

Antony holds an MA from the University of Oxford and an MBA from Cranfield.

Under Peter’s leadership, Blockchain has raised over $70 million in funding from leading investors. Peter is a 2016 World Economic Forum Technology Pioneer and noted thought leader in the FinTech space, having been featured in the New York Times, Wall Street Journal, CNBC, Bloomberg, Fox Business, TechCrunch, and spoken at conferences around the world including Techcrunch Disrupt, Money 20/20, Web Summit, Collision, Wired Money, among many others.

Prior to co-founding Blockchain, Peter lived, studied, and worked in the US, Europe, MENA, East Africa, and Asia. When he isn’t basking in the glow of a laptop, you can find him either reading or out running, trekking, surfing, and climbing up or skiing down a mountain. 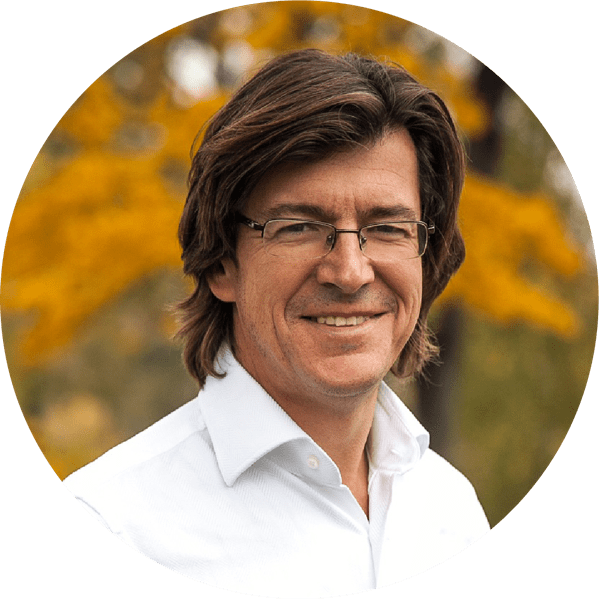 Michael Jackson is a General Partner at Mangrove Capital Partners and Board Director at Blockchain. Formerly COO of Skype, his professional life has always involved scaling and operating large consumer focused businesses. During his time there he was responsible for all aspects of Skype’s paid services and led the organization into 150M+ euro within three years.

After leading the regulatory aspects of Skype transitioning telecommunications to peer-to-peer models on the net, the next step for him was to get into digital currency. In addition to his contributions at Blockchain, Michael participates in various bitcoin regulatory forums. 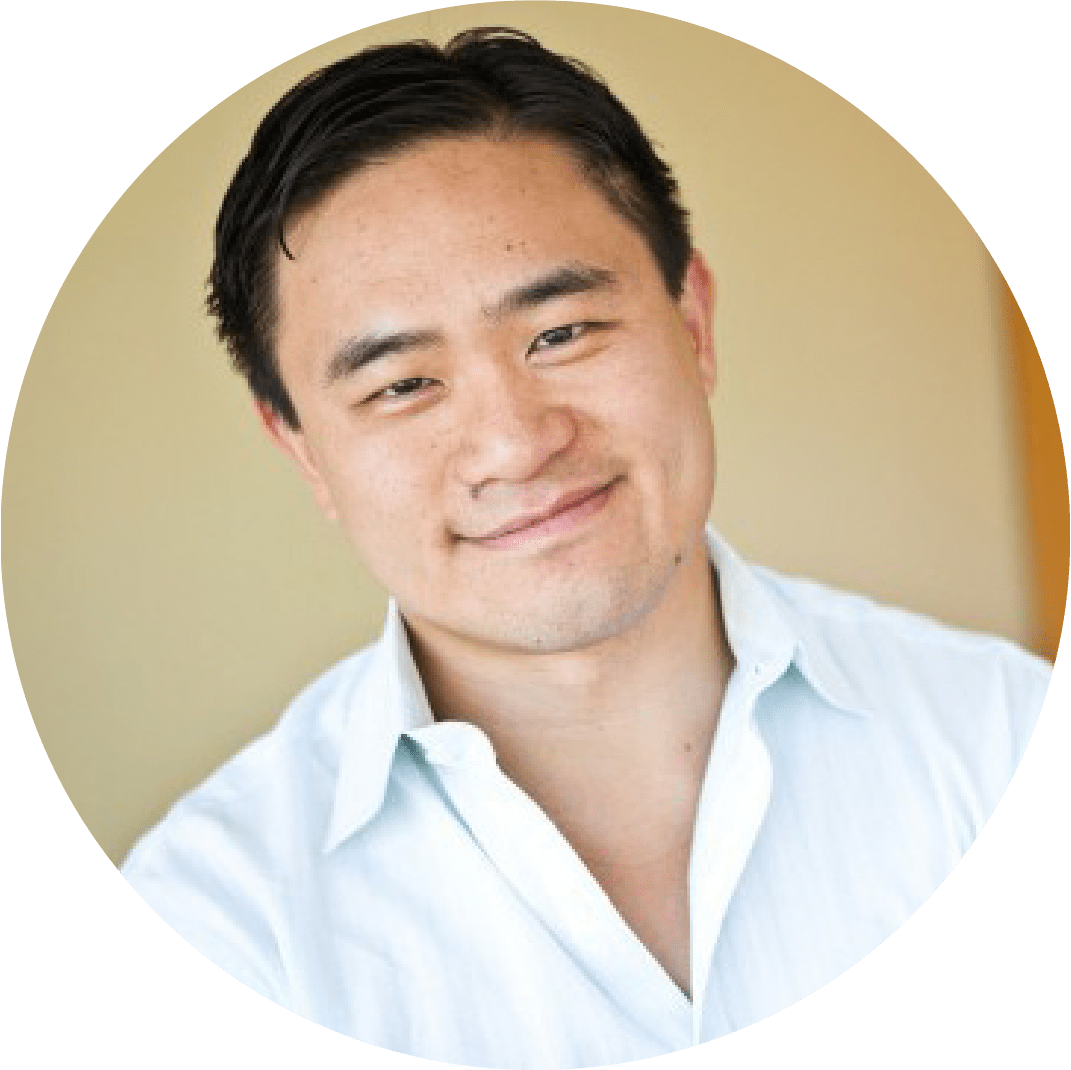 Jeremy Liew is a Board Director at Blockchain and a Partner at Lightspeed Venture Partners with a particular interest in massive-scale social media, commerce, gaming, and financial services. Throughout his time at Lightspeed, he has funded several companies that have since been acquired or gone public, including Snapchat (where he was the first investor) and Bonobos. This is the kind of track record that has earned him a spot on Forbes’ Midas List several times over the years.

Prior to Lightspeed Venture Partners, he was with AOL, beginning as the SVP of Corporate Development and later as the General Manager of Netscape. Jeremy joined AOL from InterActiveCorp, where he was the VP of Strategic Planning.

Nicolas Cary is a serial entrepreneur and lifelong technologist. He attributes much of his insight to his personal journeys around the world. He has a deep passion for positive digital disruption which led him to co-founding Blockchain, where he now serves as the Vice Chairman of the Board. He also serves as the Chairman of YBUSA.org, the leading youth accelerator he co-founded.

Winner of the 2015 European Digital Leader award for his inspiring and innovative contribution to initiate progress in the digital world, he has traveled globally focusing on FinTech and entrepreneurial advocacy. 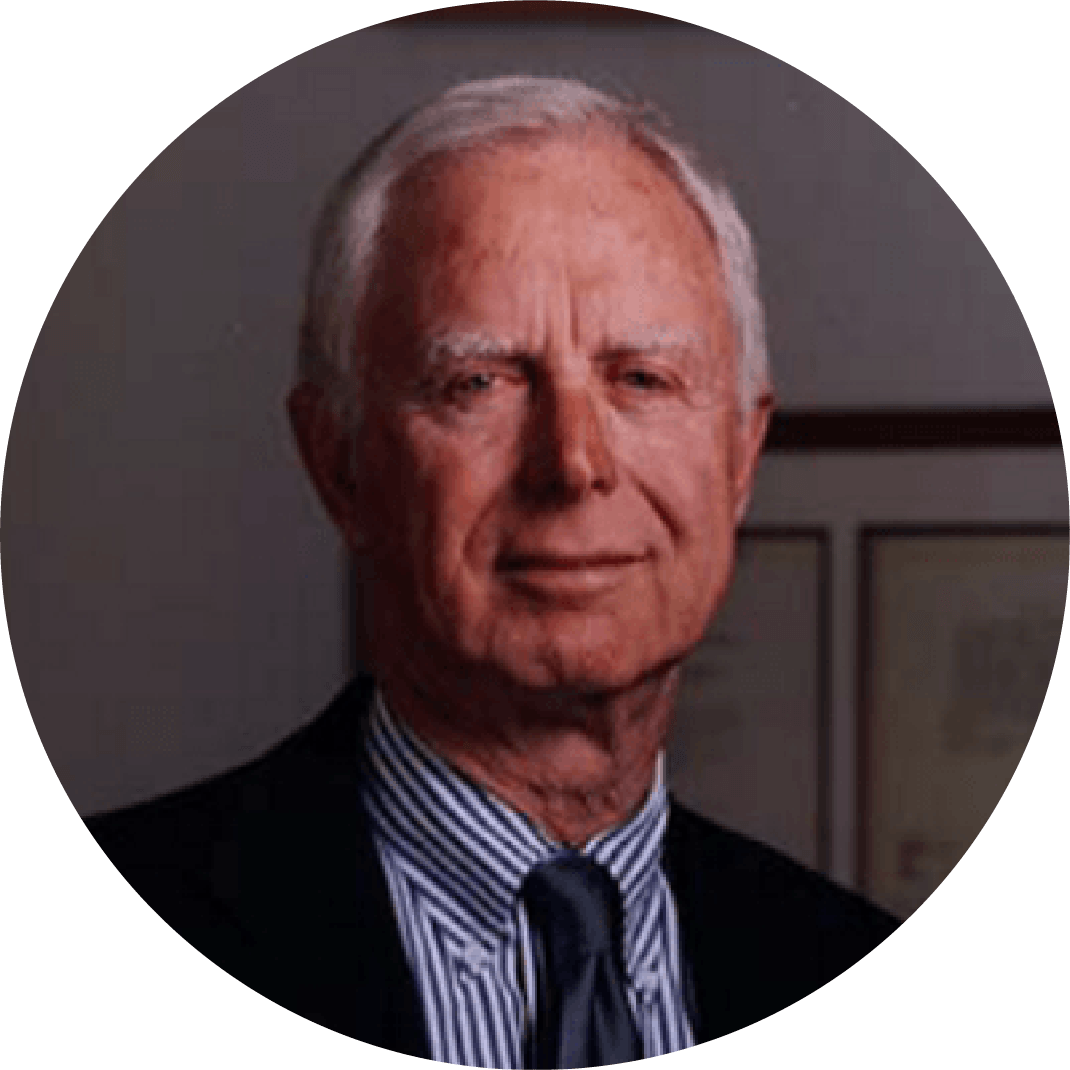 Arthur Levitt is currently a Board Advisor at Blockchain, an Advisor of Goldman Sachs, Director of Bloomberg, and an Operating Executive at The Carlyle Group. Previously, he was the twenty-fifth and longest-serving Chairman of the United States Securities and Exchange Commission. During his time at the SEC, he was widely viewed as a pro-investor advocate as he worked to educate, empower, and protect America’s investors.

Before the SEC, he spent sixteen years on Wall Street, before becoming the Chairman of the American Stock Exchange. He later served as Chairman of the New York City Economic Development Corporation. 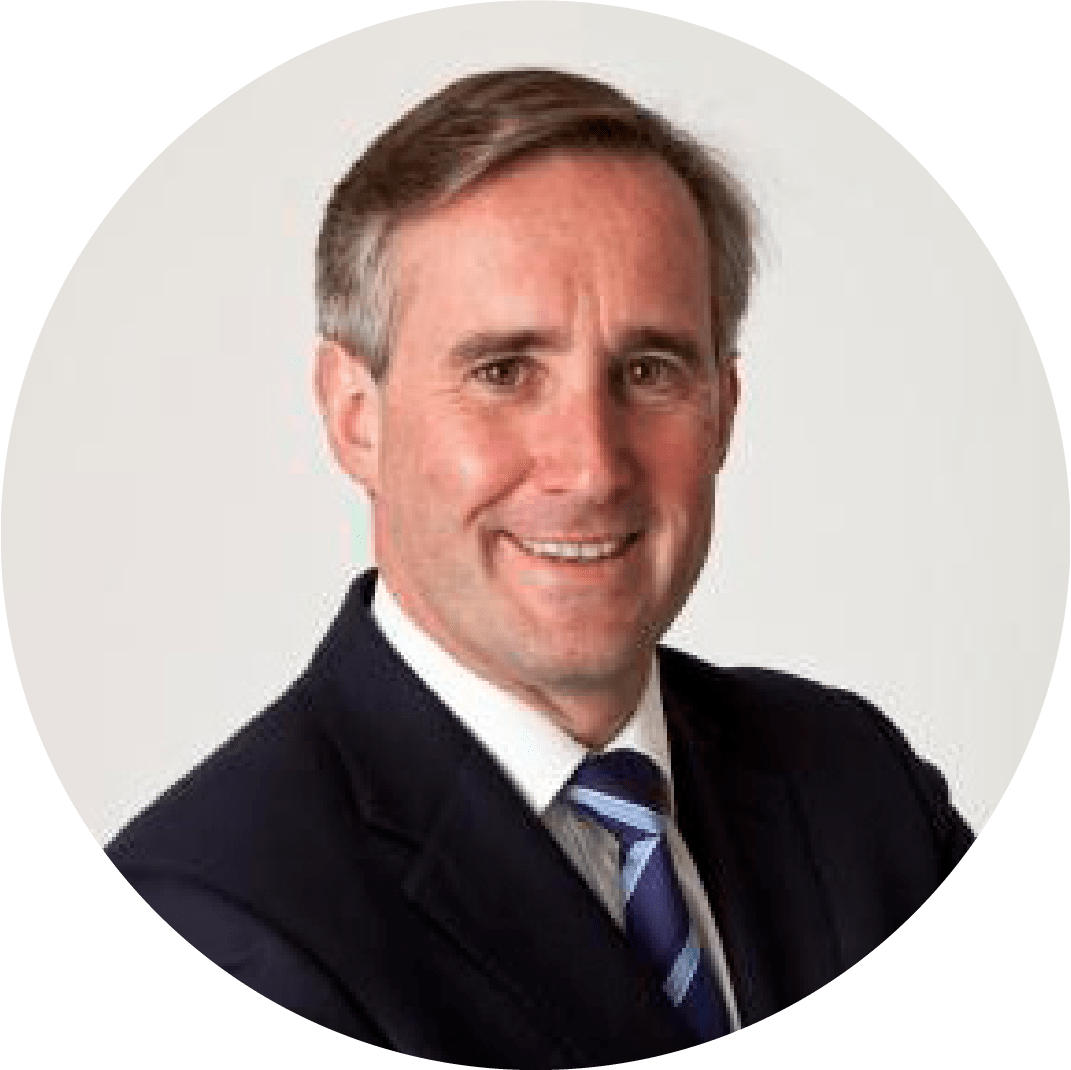 Bob Wigley is a Board Advisor at Blockchain, the Chairman of UK Finance and Vesta Global Holdings LTD, and an investor and entrepreneur. Previously, he was the Chairman of Merrill Lynch EMEA, where he was responsible for a business with $6bn of revenue. He also sat on Merrill Lynch’s Global Operating Committee and Client Coverage Council.

Prior to his time at Merrill Lynch, he was a member of the Court of the Bank of England and its Risk Policy and Audit Committees, and a Non-Executive Director of Royal Mail Group PLC and Chairman of its Audit Committee. 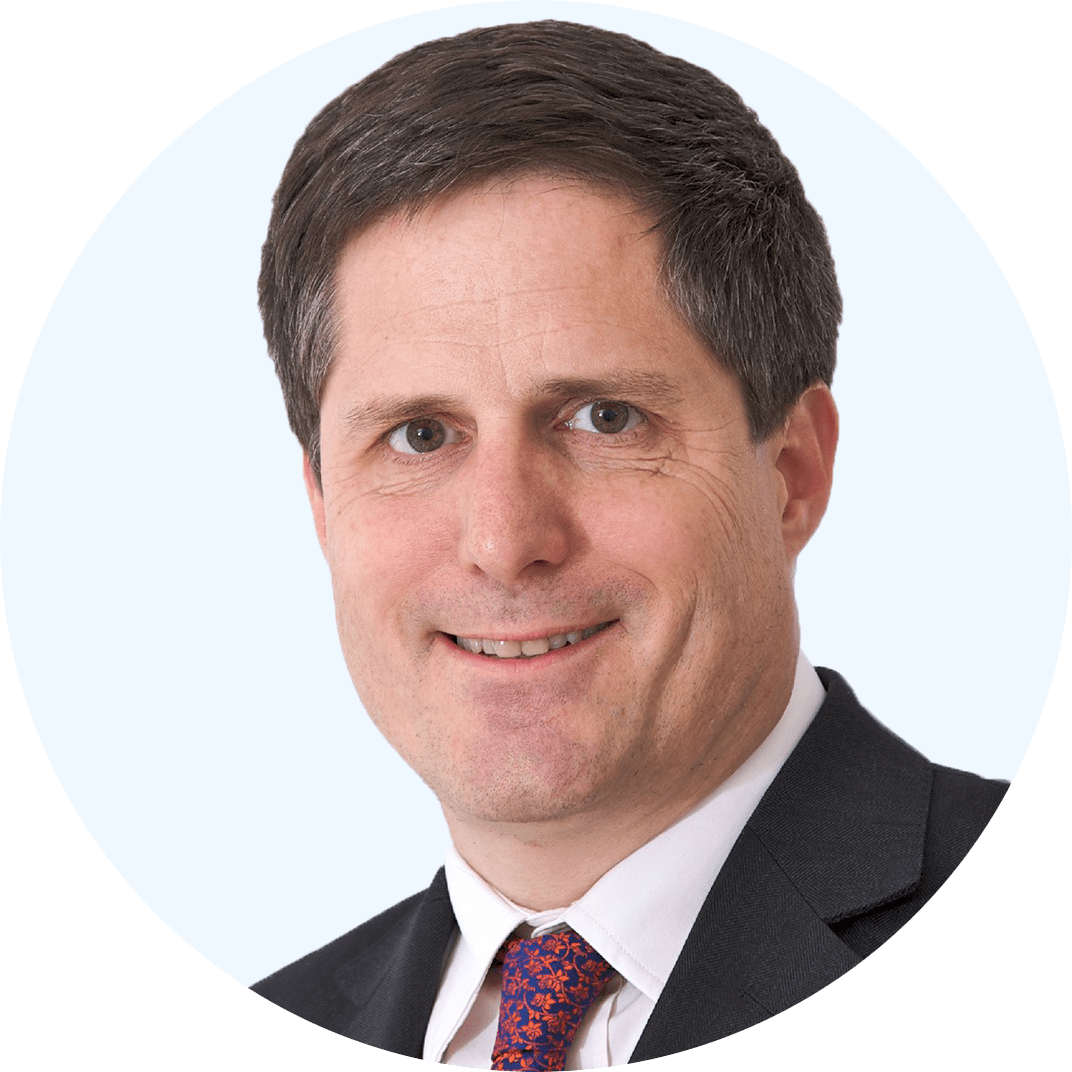 Anthony Browne is on the boards of a range of financial technology companies. He is Chairman of the government’s Regulatory Policy Committee, which oversees the impact of all regulation and legislation on business.

He was chief executive of the British Bankers’ Association from 2012 to 2017, responsible for leading the industry in the post-crisis reforms. He was head of regulatory affairs in Europe Middle East and Africa for Morgan Stanley, and was responsible for economic and business policy in London during Boris Johnson’s first term as Mayor. He was director of Policy Exchange, the UK’s leading free market think tank, and before that was a national journalist for two decades, with positions including Economics Correspondent for the BBC and Chief Political Correspondent of the Times. 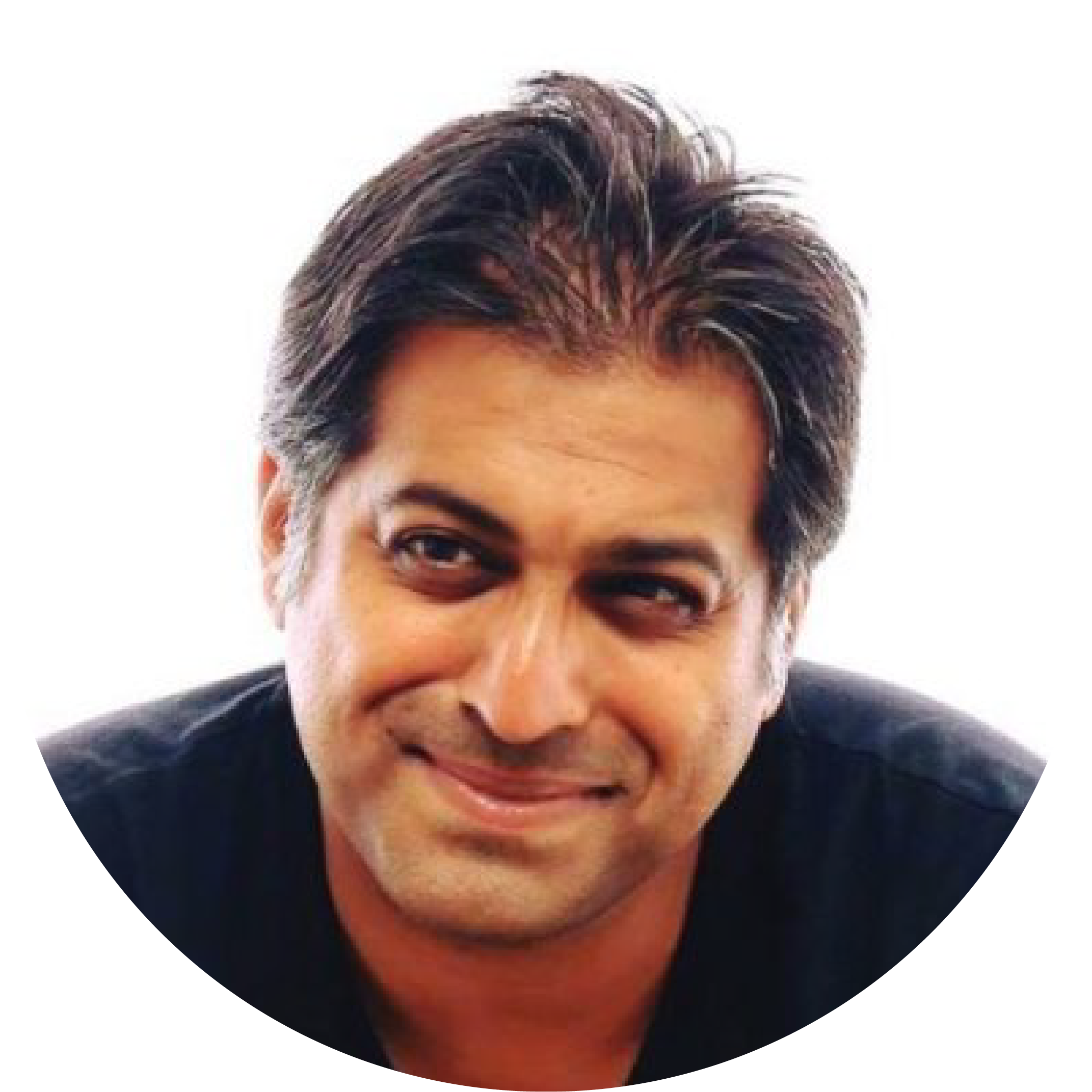 Salil Pitroda is a Board Advisor at Blockchain and Managing Partner at Trinity Lane Capital, a private advisory and investment firm focused on software, fintech, and internet companies.

He previously worked at Facebook in corporate and business development on product-related strategy, acquisitions, and partnerships. He was also a co-founder of C-SAM, a mobile payments company that was acquired by Mastercard.

Let’s revolutionize the future of finance