Relentlessly building the future of finance since 2011

1/3rd Of bitcoin network transactions are via Blockchain.com

Blockchain.com got its start as an early pioneer of key infrastructure for the bitcoin community. First, with a Blockchain Explorer that enabled anyone to not only examine transactions and study the blockchain, but an API that enabled companies to build on Bitcoin. We also have provided the most popular and widely used crypto wallet that enables anyone anywhere to control their own money.

Our team spans the globe and has worked tirelessly to accelerate the adoption of crypto and usher in the future of finance. We are passionate, relentless, and stoked -- and believe that a lean team of world-class visionaries can ship products that empower our customers and drive the business to new heights.

Global management team with over 200 years of combined experience at some of the most reputable financial institutions, technology companies, and startups. 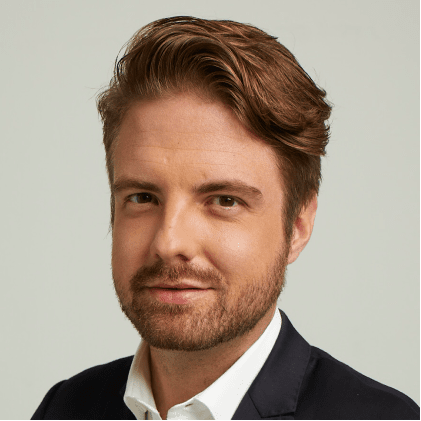 Peter is Chief Executive Officer and Co-founder at Blockchain.com. In these roles, he is responsible for new business growth, maintaining the firm’s leadership position, and driving innovation across the company.

Under his leadership, Blockchain.com has become the leading provider of cryptocurrency products and creator of the world’s most popular crypto wallet with more than 62 million wallets on its platform. Blockchain.com's products give retail users and institutional clients across more than 200 countries reliable ways to trade, secure, and use cryptocurrencies.

Prior to co-founding Blockchain.com, Peter lived, studied, and worked in the US, Europe, MENA, East Africa, and Asia. He is a World Economic Forum Technology Pioneer, and frequently cited as an authority on cryptocurrencies and the potential impact they’ll have on people across the world. 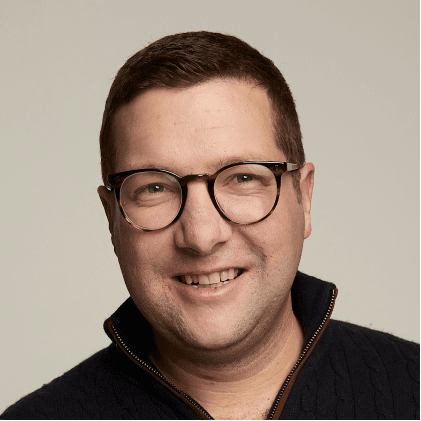 Nic is the Co-founder and Vice Chairman at Blockchain.com where he is responsible for ensuring we continue to bring new adopters into the cryptocurrency ecosystem. In 2015, Nic was named the European Digital Leader of the year. Nic is the Founding Commissioner of the Blockchain Commission for Sustainable Development and Co-Authored The Future is Decentralised. Nic is trilingual, and has a deep passion for positive digital disruption. He’s also the Co-Founder and Chairman of SkysTheLimit.org, the leading non-profit digital business accelerator. Prior to Blockchain.com, Nic was a founding Partner at PipelineDeals.com where he focused on product development and management. 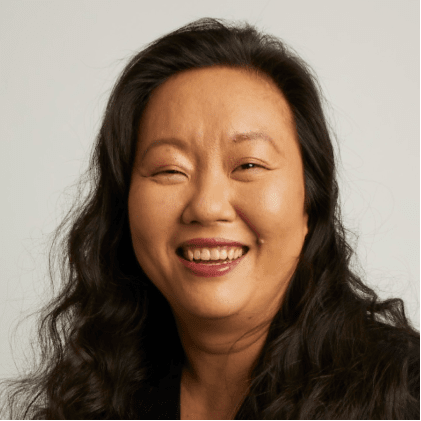 Macrina is a proven financial leader, having served as CFO for two multi-billion dollar companies prior to her current role as Chief Financial Officer of Blockchain.com. Under her steady hand and efficient management style, she time and again built agile teams who enable high growth businesses to achieve successful exits.

At a private $1.5B AUM alternative asset management company — she built out the finance team infrastructure and processes to support 100+ entities across various industry verticals. At Springleaf Holdings — a $6.5B market cap company currently known as OneMain Holdings — as CFO, she took the company public and ushered the company from a $3 billion core asset business to over $14 billion by her departure.

Macrina began her career in PwC as an auditor in Korea and then a transaction advisor in New York, which led her career to Fortress Investment Group’s private equity business as a vice president from 2008 through 2012 when she joined Springleaf Holdings. 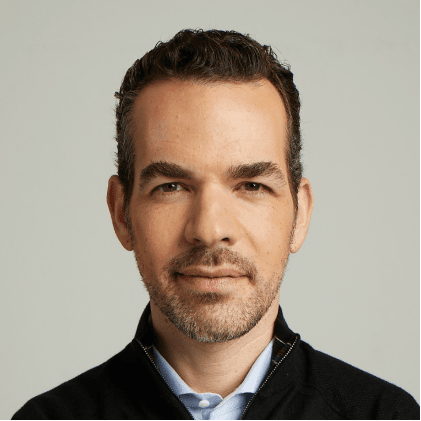 He’s done so for blue chip and start-up companies, celebrities and influencers, political campaigns, public officials and nonprofits. Four years ago Kasselman co-founded Greenbrier to help companies and individuals avoid, manage and recover from crises, and has worked with clients throughout the US, Europe, Latin America and Asia to solve complex reputational issues. In 2018 Greenbrier was acquired by The Messina Group.

Before Greenbrier, Kasselman headed communications and public affairs for Uber in the Americas and played a crucial role in creating permanent regulatory frameworks for Uber products in states and cities around the world. Prior to Uber, he worked as the Director of Communications and Public Affairs for AT&T and built the national model for winning regulatory and land-use campaigns in local markets.

Since 2009, he has served as founder of Kasselman LLC, a boutique non-partisan public affairs firm. It started with only one client, the Newsom for Governor Campaign, and has grown as a leader in the industry and an impressive client list of some of the most notable campaigns, officials, companies and nonprofits in the country. Earlier in his career, Kasselman was recruited by the Markham Group, the leading visual communication messaging firm in the Nation, to manage advance with then-Senator Hillary Clinton’s 2008 Exploratory Committee for President.

Originally from Santa Monica, California, Kasselman had an early passion for politics. He attended California State University Sacramento where he was offered his first communications job with Governor Gray Davis. Kasselman went to specialize in public interest law at Golden Gate University and was recruited out of law school to help lead policy for Mayor Gavin Newsom. Kasselman currently lives in Mill Valley with his wife, Jamie, a retail executive, and their two sons and dogs.

Lindsey Haswell is the Chief Administrative and Legal Officer at Blockchain.com, where she manages the Legal, Compliance, and Human Resources teams at Blockchain.

Lindsey wears a lot of hats here at Blockchain, a role she’s familiar with having managed a number of teams at mobility unicorn Lime, and after founding her own venture-backed company in the autonomous vehicle space. A founding member of Uber’s Legal Team, Lindsey enjoys working with growth-stage startups in industries that have undeveloped legal frameworks. Lindsey lives in San Francisco with her husband and two boys. 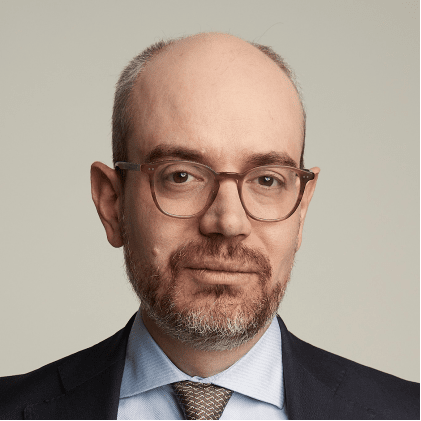 Charlie is Chief Strategy Officer and Head of Markets at Blockchain.com where he is responsible for firm-wide strategy, commercial development, and Blockchain.com’s markets businesses. Charlie is a proven fixed income professional and business builder with deep experience across emerging markets, corporate credit, structured finance, commodities, and digital assets.

Charlie began his career in 2000 as a credit derivatives trader at Goldman Sachs. Following a relocation in London in 2009, Goldman named Charlie to its exclusive partnership in 2012 as a result of his leadership of its European mortgages business. In 2014 he assumed a senior role in Goldman’s commodity department as Global Head of Metals trading, overseeing all base and precious metals activities globally.

In 2016 he decided that a fuller embrace of disruptive technologies would be a requirement to be best positioned in markets over the coming decades, and craving deep hands-on experience in tech entrepreneurship, machine learning, and electronic trading, he left Goldman to join Stratagem Technologies as Chairman and CEO. By 2018, Charlie had decided that a pivot to digital assets was the optimal path to best deploy Stratagem’s technical capabilities, and the team began serious work on crypto markets. Stratagem caught the attention of Blockchain.com and was acquired in October 2018 to bring Charlie and the team aboard.

Thianh Lu is the VP of Product at Blockchain.com, responsible for product strategy and design. He has made a career of creating beautifully crafted products that users love and came to Blockchain.com via an acquisition of his company Tsukemen where he was CEO and Co-founder.

Prior to Tsukemen, Thianh was the co-founder and product/design lead for Cloudup (formerly LearnBoost) where he orchestrated a pivot to make drag, drop, and stream dead simple and was acquired by Wordpress. Post-acquisition he stayed on as GM of Cloudup while leading the buildout of a new tech stack and an entirely new editor.

As co-founder of 2 startups, Thianh raised nearly $5M from CRV, Bessemer, RRE, and other investors prior to successful exits. Prior to founding companies, his product experience began at Zecco where he designed user onboarding and built the options trading platform for the online brokerage. He lives in the Bay Area with his family. 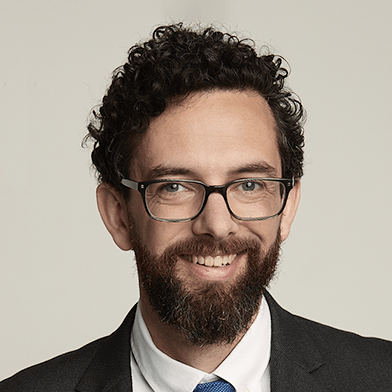 Matt is the Chief Technology Officer at Blockchain.com where he is responsible for overseeing the operation and design of Blockchain.com’s core systems and infrastructure.

As part of the team that built the original Blockchain.com Wallet and Explorer, Matt assumed leadership over Blockchain.com’s technical infrastructure as CTO in 2015, making him one of the industry’s longest standing executives. Matt led the rebuild and transition of almost all of Blockchain.com’s systems and software to a microservices-based cloud architecture while ensuring availability and scaling capacity to support over 60m users.

Prior to joining Blockchain.com, Matt led mobile teams for clients like Daimler-Benz and Nike, and built backend streaming media systems for Virb.com (acquired by Media Temple) and PureVolume.com (acquired by Hive Media Group).

Lewis is the Vice President of Engineering at Blockchain.com where he is responsible for the technology underpinning Blockchain.com’s services. As the 2nd engineering hire at Revolut, he scaled the team to 50+ and spearheaded the initiative to bring cryptocurrencies to Revolut. He built the first of its kind crypto offering within a challenger bank over the course of a couple of months and was responsible for bringing $300M+ trading revenue in due course.

In March 2018 Lewis joined Blockchain.com as an engineering lead to be part of one of the most important companies in crypto infrastructure, rising to the Head of Platform Engineering as the company and industry grew. That same year he was included on Business Insider’s “35 under 35” in fintech.

Lewis began his career building trading and risk technology systems at Goldman Sachs and UBS. He lives in London.

Peter is Chief Executive Officer and Co-founder at Blockchain.com. In these roles, he is responsible for new business growth, maintaining the firm’s leadership position, and driving innovation across the company.

Under his leadership, Blockchain.com has become the leading provider of cryptocurrency products and creator of the world’s most popular crypto wallet with more than 62 million wallets on its platform. Blockchain.com's products give retail users and institutional clients across more than 200 countries reliable ways to trade, secure, and use cryptocurrencies.

Prior to co-founding Blockchain.com, Peter lived, studied, and worked in the US, Europe, MENA, East Africa, and Asia. He is a World Economic Forum Technology Pioneer, and frequently cited as an authority on cryptocurrencies and the potential impact they’ll have on people across the world.

From zero to crypto in minutes